Pumas: Legends of the Ice MountainS

There is an extraordinary place near the end of the world, a place where the wind howls and freezes anything that doesn’t use every resource it has to stay alive. Ancient myths talk about this ice mountain and the surrounding land down the spine of the Andes Range, as being controlled by three forces: The Upper realm is where the Condors fly, closer to the Heavens with deep insights, The Middle realm whether the Pumas live, lords of the land, and the Underworld, the realm of the snake, who has great wisdom.
This film is about the lords of the land, the ice mountain, Puma but it is told is a poetic way, reflective, and observational through the eyes of the Condor.

Our film begins in the snow, as a Puma mother attends to her kittens in the shadow of Torres del Paine in Chile. Her name is Solitario, her spotted female cub is the beautiful girl, La Bella Casadora and Part I of our tale begins. Nacimiento: “Birth.” We follow Solitario through the difficulties of early motherhood as she develops techniques to outsmart the guanaco herds and avoid conflict with other pumas in the area.
Some of the most spectacular scenery is the backdrop to amazing hunting and family behavior with these cats.

But tragedy strikes and she is isolated and caught in an avalanche, the cubs stranded and left to their own survival. But that is what happens in this Middle realm, in the harshest place on the planet.
The odds of cubs this age surviving is remote. But…

Part II, el Renacimiento, Rebirth, starts with a strange cat wandering the hilltops. She is strange but no stranger to the area from the way she moves around, swimming the river, crossing places that only a cat with experience could know. She is young, vibrant, a little clumsy for a puma, and her immediately hunting tactics leave a lot to be desired. She fails spectacularly. Most notably, she doesn’t detect a young male who is stalking her until nearly too late. But she also seems to have knowledge of where the guanacos go to breed and fight and give birth. She is the beautiful Casadora, who somehow survived a summer and made it back without her siblings to Solitario’s valley.
She is the bloodline of these mountains and lakes. She is the future of pumas in Torres del Paine…

Our film, a two-part journey into one of the most beautiful places on earth, through two seasons, through ice storms, frozen lakes, and melting rivers, follows two generations of hunting lions, these pumas, these lords of the ice mountain.

She is small. A toto, Swahili for small. But this is not her most striking feature. As she turns her gaze on you, you will take a breath, because she has the brightest aquamarine eyes, and this is her story. She was born under a safari camp tent in the Masai Mara in Kenya. Her mother, Fig is the most attentive and graceful mothers teaching Toto every day but allowing her to make mistakes. She learns that when she grows up, she’ll also be able to kill a large gazelle but practices on a hare. She has something in her that drives her to experiment. If it moves, it’s fair game…until a porcupine calls her bluff.

Through the film, that covers her life over three years, she remains a small leopard and we can see the building blocks locking into place, one lesson learned sticks then another and finally, Toto is ready to make the transition to adulthood. Her mother, Fig, grooms her as a cub, plays with her all the way through this journey and today, Fig and Toto, share adjoining territories in two valleys in one of the most prey rich places on the planet. They play through an entire wildebeest migration into the dry period of less prey, and they play through that as well. Even at the age of 3 years old, already courting, they meet and play. There have been few leopard stories like this told before where the character of an extraordinary cat is so evident.

The film is another view into the world of big cats unveiled by Dereck and Beverly Joubert, National Geographic conservationists, filmmakers and explorers, shot on location in pristine 4K and often memorizing ultra high speed, with seldom before seen thermal night vision.

Dereck and Beverly recently took part in the Jackson Wild Conservation Frontline webinars. You can watch the whole event here and learn a bit more about Dereck and Beverly Joubert and why conservation is so important to everything that they do ... “We create harmony and the securing of the future of natural ecosystems,” Joubert said. “We’ve seen so much pressure on elephants, lions and rhinos and, at the same time, spiraling poverty. And so we have to do whatever we can to make this planet a better place.” 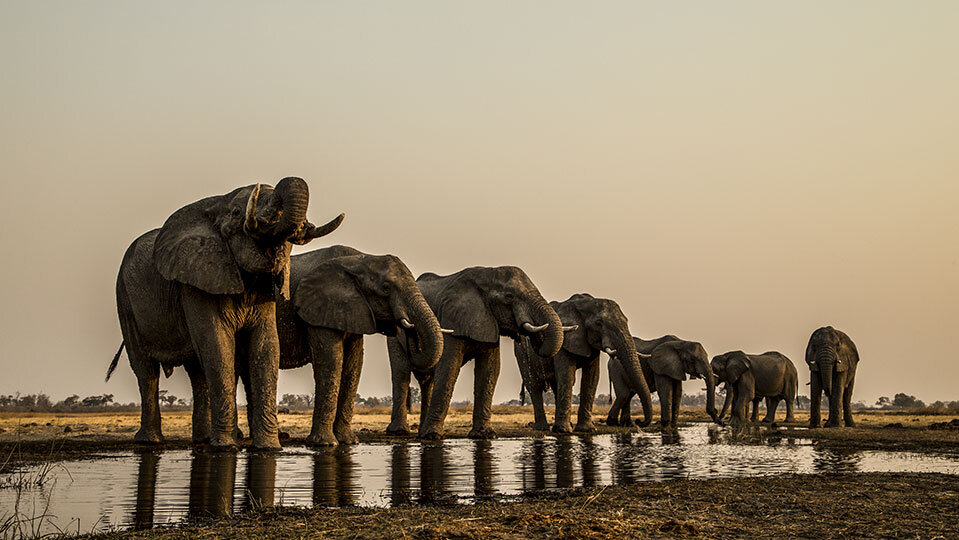 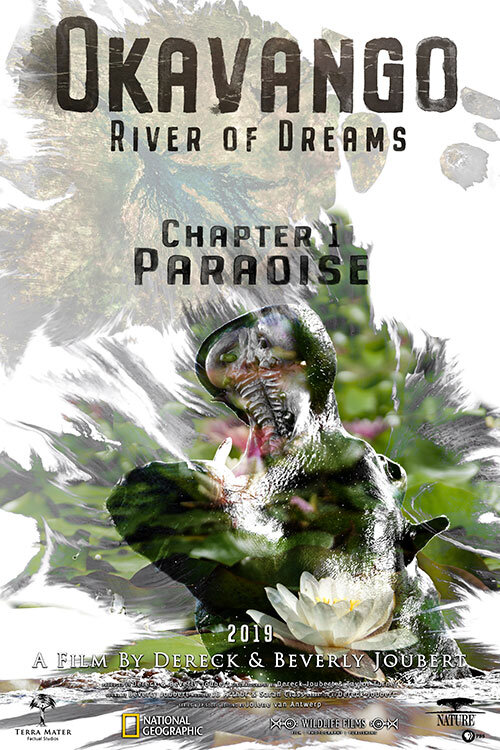 We are pleased to announce that Birth of a Pride has recently won another international film award, the NaturVision Film Festival German Wildlife Film Award.

The jury was equally taken with the story of two lone-mother lionesses, who give birth to the first cubs in an area of Botswana where big cats and their prey had been virtually wiped out by hunting and poaching. The filmmakers spent weeks and months lying in wait in the savanna grass to provide profound and moving insights into the family life of the lions. In a dramatically artistic way, they have integrated the unique night images from an infrared camera into their documentary.

More information can be found by clicking here. 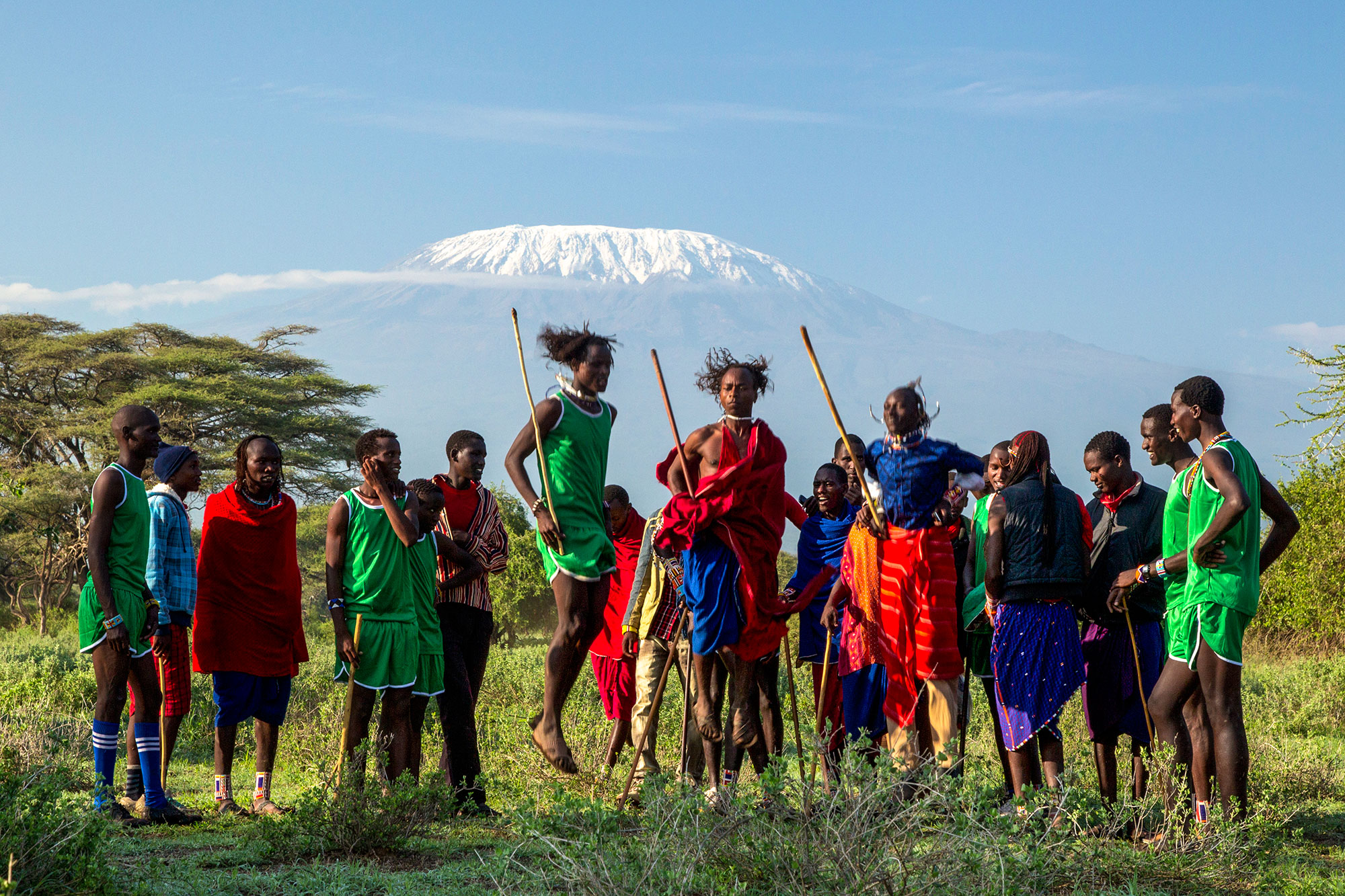 The Innsbruck Nature Film Festival is proud to announce that SOUL OF THE ELEPHANT has won an HONORABLE MENTION for Nature Documentaries at the INFF 2016!

This is what the Jury said about the film:
English:
A very personal and empathetic approach to the topic of ivory and elephants.
By traveling into the very heart of the Botswanan elephant territories, the filmmakers manage to also provide a journey into the soul of the elephants.
Sensitively told without sensational self-aggrandizement, this film brings us nearer to these grey giants than any film has ever done before. Thank you and Congratulations!

"An artistically beautiful film about one of the world’s largest animals with a strong but subtle conservation message. It cleverly weaves historical with current filming for a personal expedition into the soul of the elephant."

14 years ago a humble and tentative endeavour, Matsalu Nature Film Festival has now become one of the renowned and respected festivals in the film world, winning more and more attention with every subsequent year. Once started under the parallel name „Green Gate“ with this identifiable and obvious flavour of local event, it has now absolutely different dimensionality, covering the whole world.

Wildlife Films recent production 'Soul of the Elephant' has recently been nominated for a number of accolades and awards:

Synopsis:
Despite living in the wild in Botswana for 30 years, filming, researching and exploring the world they have come to know so well, award-winning filmmakers and conservationists Dereck and Beverly Joubert say they are often still surprised by what they come across on their journeys. Such was the case when the couple were exploring the backwaters of the bush one day and stumbled upon the skulls of two large bull elephants with their ivory tusks intact. To the Jouberts, this is always cause for celebration because it means the giants died of natural causes and not, for example, from poaching, snares or bullets.

An elephant’s age can be determined by its molar teeth, and the Jouberts conclude from them that both animals died at around 70, but still had a few years left to live. So what caused these bulls to die in the same place and at the same time? The mystery so intrigues the filmmakers, they decide to spend the next two years traveling through what would have been their home range, reconstructing the lives these elephants would have led, reimagining their birth and childhood, how they would have interacted with each other, their great migrations for water with their families and the inevitable encounters with lions.

Hear from Dereck and Beverly Joubert, among other dedicated wildlife experts who are working to protect threatened species and their fragile ecosystems for future generations. Learn about some of the innovative new ways they are helping communities and wildlife coexist more peacefully.